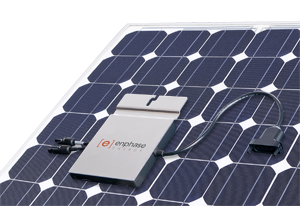 Solar sets the Pace
You often hear people talk about the benefits of solar power and how it is becoming more and more popular. But what are the facts? What does the “independent umpire” say about solar’s popularity?

Now those facts paint a very clear picture. Solar power is making huge strides, not gradual increases but massive increases. The popularity of solar power is reaching new heights. No longer is solar on the fringes as it makes rapid progress towards becoming a mainstream source of energy in Australia.

What does that mean?
The traditional power sources are no longer not always the major suppliers. In Queensland, the Gladstone coal-fired power plant no longer produces the most amount of electricity in the Sunshine State – solar power produces more.
People want to take control of their power bills. Everyone can see how electricity bills keep rising and with solar power, the costs are a fraction of traditional energy power.

Solar panels are appearing everywhere – houses, commercial buildings, sporting stadiums. Wherever a roof can catch sunlight, solar panels appear. People are even placing them in their backyards.

Another big change can be seen in the new solar panel peak installation capacity. Whereas about 5 years ago home owners would generally install a 1.5kW system, but today that average capacity has more than quadroopled with today’s average residential solar panel installation being approximately 6.6kW.

The major benefit, nationwide, is that solar energy is taking pressure off the grid and far fewer outages are being seen. The popularity of solar power is such that, with home solar panels and solar farms combined, 11% of NSW’s power was created with renewable energy. Solar power is making great inroads in energy production.
Solar is clean, renewable, safe for the environment, cost effective and, above all, becoming more and more popular.